Good morning darlings :D  I hope everyone survived the weekend!  Can you believe we're almost a third of the way through October already??  Seems like this year has only begun!

I have for you today my October Julep Maven Box.  Julep brought out crackle polish for the month of October, as it is great for those Hallowe'en manis everyone will be sporting this month.  However, there was quite a stink caused by other Julep Mavens as Julep promises "trend setting new nail colours, cult faves, and cutting-edge beauty products" and a lot of the girls didn't think that crackle polishes were "trend setting" or "cutting-edge", that they were "so last season".  Personally, I have never owned a crackle polish nor have I every used one, so for me this was a perfect opportunity to try one!

Here are the box options (since I didn't do a October Box preview blog post):

Because Julep is so great and they want to make their Mavens happy, they brought out the "October Maven's Choice" Box on top of the regular 5 (American Beauty, Boho Glam, Bombshell,Classic with a Twist, and It Girl) so that anyone who didn't want a crackle polish could get that, which consisted of the 3 creme polishes from the collection.  However, looking back at my preview e-mail, the Classic with a Twist Box was designed for those who aren't crackle fans, so I feel that Julep definitely went above and way beyond expectations this month.
So even though I was excited about the crackles, I went for the October Maven's Choice Box because I love all the creme colours this month!

As always, there is the chance of receiving a Golden Box rather than the Maven Box you choose.  This is the "newer" version with the 5 polishes rather than the entire collection, as there was the option to upgrade to the full collection for the additional $30.  I didn't go for this as I wasn't in love with all the polishes offered.

So you're probably wondering "but I thought you said you were looking forward to a crackle and there isn't one in the October Maven's Choice Box".  I ordered as my add-on Hermione, the white crackle, as well as the Quick Dry Drops as I am really excited to try those.  Julep also had Sofia available as an add-on, a "sheer spring green with a flash of aqua iridescent glitter" which is also glow-in-the-dark!  I was one of the lucky ones to be able to add this as an add-on.  Sofia was an add-on option that went fast and a lot of Mavens who wanted it were not able to get it. 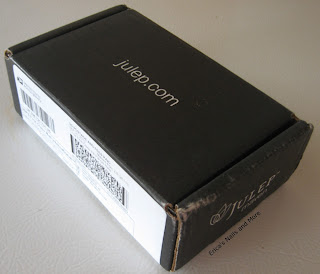 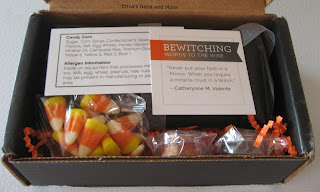 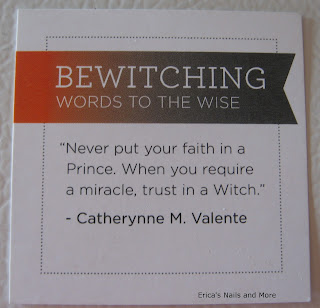 There was a surprise for us in the boxes this month -- glitter pots :)  I received orange and black, but have seen that some people received silver and white too.  I will be trying these out, though I'm not sure I will love them, loose glitter and I probably won't get along, lol!  Essentially you paint your nails then sprinkle the loose glitter over the wet polish so it will stick. 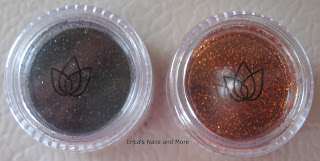 We also received a little treat -- candy corns!  I have never tried candy corns, so I will let you know how I like them.  I know, I know.. have I been living under a rock?!   My favourite candy at Hallowe'en is the chocolate bars :D 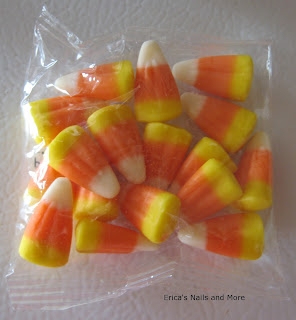 They also included the ingredients list with it, which I appreciate even though I have no food allergies. 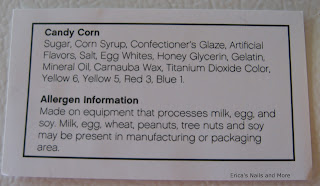 As always, everything is wrapped and presented so beautifully :D 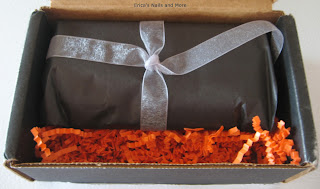 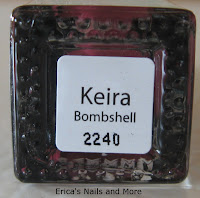 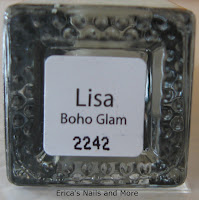 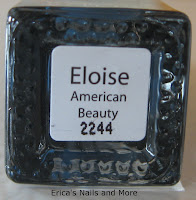 What did you get in your Maven Box?  Were you miffed by the crackles Julep was offering this month, or were you like me and pretty pumped for them?

Also, I am having a poll on my Facebook page to ask you guys, my wonderful readers, how you want me to show you my nail hauls.  I know not everyone likes to see nail hauls in blog posts, so that's why I want to know :D  I won't take offence to anyone's vote I just want to make sure I'm making my readers happy :D  Here is the link.  Whatever the majority is I will do starting with nail hauls I get at the end of October/beginning of November.
Posted by Unknown at 10:31 am

Email ThisBlogThis!Share to TwitterShare to FacebookShare to Pinterest
Labels: Julep