I love Disney, who's with me?  All of my favourite movies are Disney movies (well except the Twilight Saga and Hunger Games!).  I prefer the older/original ones to the newer ones they are releasing today.

After I used Revlon Top Speed Fire I knew I had to do Minnie Mouse nails.  I have seen them around Facebook in the last little while and wanted to try them.  This was my first attempt, I want to redo these, but I wanted to share them with you before the Challenge begins! 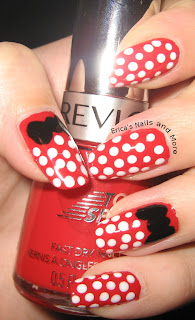 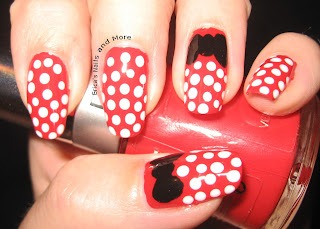 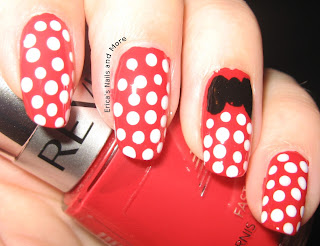 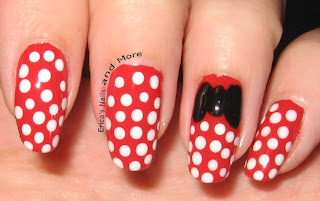 So the reason I want to redo them is because I don't like my bows, and the dots look too busy, to me anyways, but that's my OCD talking.  That's the great thing about nail polish is that even if you don't like your first attempt at something, it's easily removable and you can always try again :D

I used L'Oréal I Will! and Jordana Black for the dots and bows.

Do you guys have a favourite Disney character or movie?

Fun facts about my love for Disney:
Posted by Unknown at 12:31 pm