Good evening ladies!  I meant to have this up earlier today, but had to do some homework before being able to "play" tonight, so here I am, posting late again.

Day 2 of the Challenge is already upon us, I can't believe it!  Today's theme is half moons, and I have to say, from what I have seen already, the ladies joining me in this Challenge are pretty awesome at half moon manis.  Mine didn't turn out as crisp as I had hoped - sometimes using those hole reinforcements is trickier than it looks. 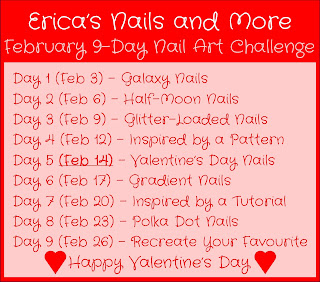 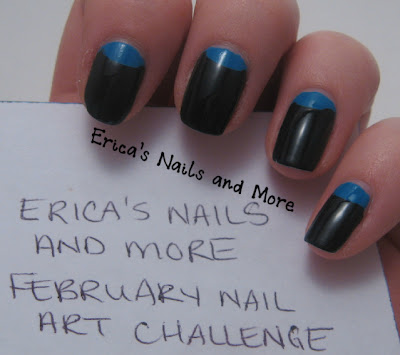 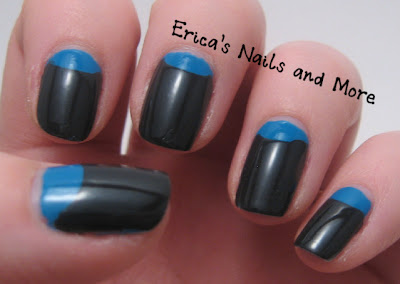 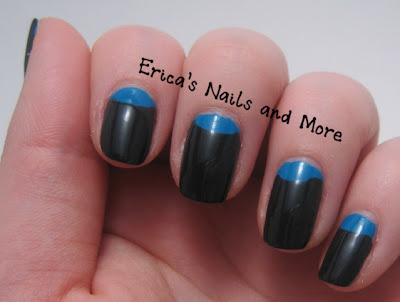 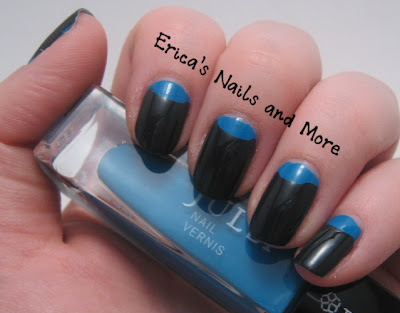 For this I used Julep Annie and Brandt, both from the Trina Turk Fall 2012 collection.  These are both untried for me, and I love the look of the two of them together!  And believe it or not, they were both opaque in one coat, which is even better! :)

I didn't get these originally with my Julep Maven box, but I love these more than the colours I did get, which were Gunta and Popova.  I have already swapped Popova because it was too close to Emilie which I already had.

Do you like half moon manis?  Do you like to have a bold contrast between the colours?