Glitzology Bun in the Oven

Good afternoon ladies and gents!  As promised, here is the post that I didn't get to last night :)  I hope to have another one up later this evening, when I get home from work and after the gym :)

After I put this on I told Tyler I had the perfect polish for a girl to wear when she revealed to her hubby that they were expecting a baby!  I told him it's pink and blue glitters, and it's called "Bun in the Oven".  The first thing he says is "that would be really bad for you to randomly wear..."  I told him that I just put it on but that he didn't have to worry, I was just putting it on to wear, not to hint at anything, haha!  It's a good thing we were only talking on MSN (yes we still use MSN, lol!) cause I'm pretty sure I would have got the look of death, lol!  NO I'M NOT EXPECTING (don't need any rumours being spread, lol!), but I think that this would definitely be a cute polish for the event :D 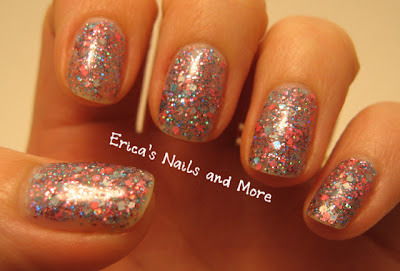 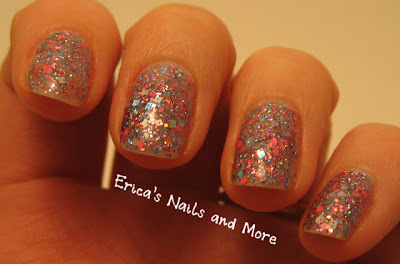 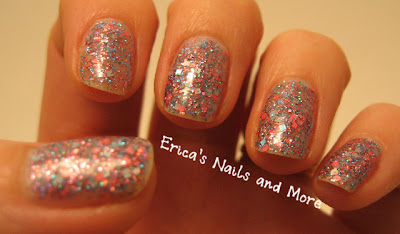 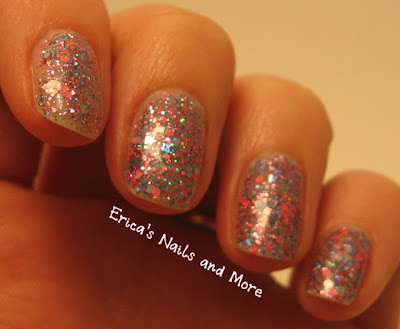 This is 2 coats of Bun in the Oven over bare nails.  As you can see it's not opaque, but it isn't sparse enough that you could wear it with just 2 coats with no base colour :D

This has medium pink hexes and tiny glitters, and medium pale blue squares and blue tiny glitters.  And in the sunlight, and I noticed while I was at the gym after work yesterday, that it sparkles every colour of the rainbow in certain lighting!  It's a very beautiful polish :)

I had no issue with application, it went on like a dream, and there was no fishing required for any of the glitters :)  I think this would be super cute with a few heart glitters thrown in too :D

This would definitely be a great polish for anyone who is expecting and is a polish lover :D

Get your own bottle over at Glitzology's etsy shop, and make sure to follow her on Facebook! 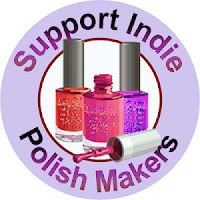